I'm leaving for Iran in a day (which could also mean this blog will not be updated for a while)...

Since that's all I have to say in this post, I'll post this old but funny Persian version of the famous Molson Canadian commercial from a few years ago... 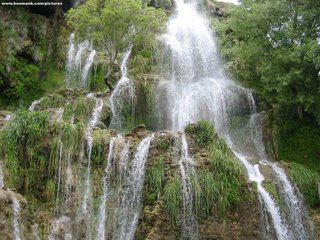 O, I am not a terrorist nor a wife beater, I don't live in a tent in a desert and camels are not our way of transportation (we drive cool European cars like Peugeot 206).

I speak Farsi, not Arabic (they don't even have the same roots)

Iran is pronounced "EERAUN" and not "I - ran" (it's not track & field, got that pisses me off)

News flash: Iran and Iraq are two different countries; Middle East is a region and NOT a continent (it's all in Asia).

Belly dancers are NOT strippers (no sex in the Champaign room; anyways, belly dancing is an Arabic dance, it never came from Iran! although they do hire Arab dancers in Persian restaurants in Canada).

Each time you play a game of chess to improve your intellect, keep in mind that it was Persians who gave you your game.

Iranian women are just as outspoken (if not more) and liberal as the European women (and more than North American women).

And what the hell is "soccer"?? We also call it Football like every one in the word (except Americans).

Cyrus the great is the one who started "Human Rights"

Allow me to introduce myself:

I AM A PERSIAN. MY LAND IS IRAN!

These paintings are very much like paintings by Dutch artist M. C. Escher. If you don't know Escher, it's ok, just take a look I'm sure they'll mess with your mind just the same :-).
Posted by Hooman at 3:15 p.m. No comments:

Email ThisBlogThis!Share to TwitterShare to FacebookShare to Pinterest
Labels: Photo

The liquid inside young coconuts can be used as a substitute for Blood plasma.

No piece of paper can be folded in half more than seven (7) times.

You burn more calories sleeping than you do watching television.

Oak trees do not produce acorns until they are fifty (50) years of age or older.

The first product to have a bar code was Wrigley's gum.

The King of Hearts is the only king WITHOUT A MOUSTACHE

American Airlines saved $40,000 in 1987 by eliminating one (1) olive from each salad served in first-class.

Venus is the only planet that rotates clockwise. (Probably why Venus is normally associated with women!)

Apples, not caffeine, are more efficient at waking you up in the morning.

Most dust particles in your house are made from DEAD SKIN!

The first owner of the Marlboro Company died of lung cancer. So did the first "Marlboro Man."

Walt Disney was afraid OF MICE!

The three most valuable brand names on earth: Marlboro, Coca Cola, and Budweiser, in that order.

It is possible to lead a cow upstairs... but, not downstairs.

Email ThisBlogThis!Share to TwitterShare to FacebookShare to Pinterest
Labels: Fun

45 days is pretty long time to look at dead trees waiting for flowers to show up while in many other places in the world people have been enjoying the beauty of spring since 20th of March. On the bright side, they've lost all the pretty flowers by now and we have fresh flowers in Toronto. I've posted a few pictures of spring including this widescreen background: 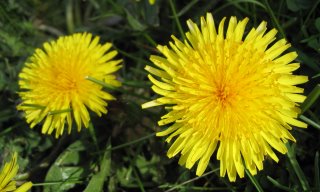 P.S. Did you know these yellow flowers actually have medical purposes? Wish I remembered the name to post some info on that but if anyone knows the name, please help me out!
Posted by Hooman at 9:04 a.m. No comments: