I just found out the you can Watch Shahre Moosh Ha on Google Video! The quality's not too good if you're watching it on your computer screen but if have TV out, it'll look much better. Enjoy!
Posted by Hooman at 3:00 p.m. No comments:

Email ThisBlogThis!Share to TwitterShare to FacebookShare to Pinterest
Labels: Video

Pictures and Videos of Norouz Festivals in Toronto & New York

BBC Persian has Videos of Under the Azure Dome Festival that took place in Toronto Harbourfront Centre.

A little further down in New York there was a huge Persian parade like no other: Pictures of Iranian New Year Parade in New York

Speaking of Norouz and Toronto, there's a great web site with information about Norouz and Iranian New Year traditions: Norooz.ca
Posted by Hooman at 8:27 p.m. No comments:

Email ThisBlogThis!Share to TwitterShare to FacebookShare to Pinterest
Labels: Photo 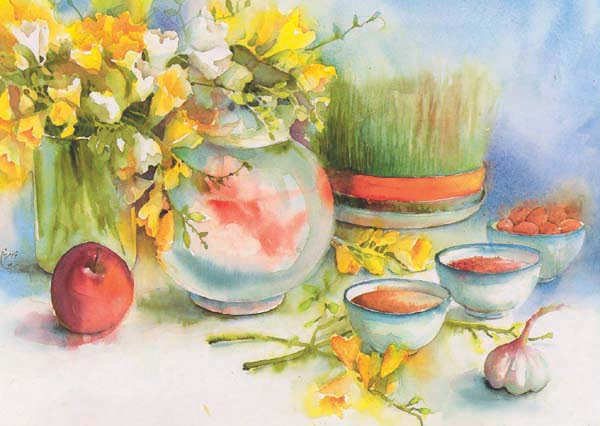 Happy Norouz to everyone!
Posted by Hooman at 9:28 a.m. No comments:

Under The Azure Dome starts Today!

Under The Azure Dome Under the Azure Dome - A program to celebrate Norouz (Persian New Year) at Harbourfront Centre, Toronto will take place from today (March 17) until March 19, 2006.
Today there will be a concert but on Saturday and Sunday there will be lots of programs such as dance, comedy, movies and more concert.
This is supposed to be the biggest Persian event in Toronto yet so don't miss it!
Posted by Hooman at 7:08 p.m. No comments:

The program at Mel Lastman is completely different and is planned to have DJs, Music, Food and of course fireworks...

Update: Initially I thought the even is taking place at Mel Lastman only, but according to ShahreMa TV (Sun March 12) the even at Sunnybrook park is still on and like last year there will be buses to commute between the park and the free parking locations at Eglinton/Leslie. I'm actually glad, Mel Lastman is nice but Sunnybrook is old-fashioned and I really prefer to keep the jump-over-the-fire tradition... But nevertheless Mel Lastman sounds good too and it sponsored by more people...

Update2: I went to Mel Lastman Sq. They tried to do a good program but it just didn't feel like Chahar Shanbe Soori. I mean no jumping over the fire and even worse they even banned sparklers! I really hope next year we do it at Sunnybrook Park again or I'm done with Toronto!

Q: "You are shrunk to the height of a nickel and your mass is proportionally reduced so as to maintain your original density. You are then thrown into an empty glass blender. The blades will start moving in 60 seconds. What do you do?"

Q: "How would you find out if a machine's stack grows up or down in memory?"

Q: "Explain a database in three sentences to your eight-year-old nephew."

Q: "How many gas stations would you say there are in the United States?"
Posted by Hooman at 6:18 p.m. No comments:

How to Make a Goldfish Live for Decades - WikiHow

Last week I read in an article that a goldfish should live for 10 to 25 years or longer if it's given the proper care!

The Guinness Book of World Records cites a goldfish named Tish that lived 43 years after being won at a fair in England in 1956!